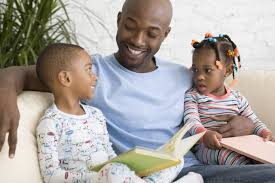 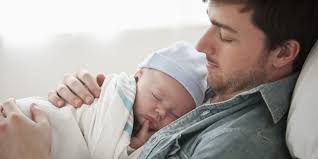 The award winning YDC is a project co-run by young dads aged 25 and under who are among the most socially excluded parenting group in the UK. They employ a small team of young fathers, training, mentoring and enabling them to share their knowledge and experiences with professionals and policy makers to influence change in policy and practice. YDC carried out an action research project speaking to other young dads about their experience of fatherhood.

In the report, called Left Out, they found that young dads feel left out from some of the services that should be supporting them. All of the young active dads spoken to were very much involved in their child’s life despite a lack of support from public services. Young dads also had limited access to information or support networks. This ultimately led to them feeling isolated and not having a way to address that.

For many dads across the UK, whether they live with their kids or not, the weekend provides the only opportunity they get to spend quality time with their little ones.

However, it can be really expensive to go out and have fun – some activities have more than doubled in price in the last ten years – meaning many families can no longer afford to go out together.

To help young dads make the most of the precious time they spend with their children, The Young Dads Collective (YDC) has launched its new campaign #52DaysofDad.

Throughout the year, the YDC will be releasing 52 exciting, fun and –  most importantly – FREE activities for dads to do with their children, one for every week of the year.

The first activity, released today, suggests that you build a den with your little one. So grab some cushions or string up a sheet with the washing line and try making a miniature fort of your own!

To get involved and to keep up to date with the weekly activities, follow the YDC on Twitter @YoungDadsCo or on Instagram @YoungDadsCo. Make sure to share your photos on social media using the #52DaysofDad hashtag to be entered into prize draws for taking part!

The YDC aims to raise awareness of young dads aged 25 and under, who are among the most isolated and economically deprived parenting groups in the UK.

They have teamed up with some of the most loved parent bloggers out there who want to celebrate dads that love to spend quality time with their kids. Browse through the list of blogs below to find fantastic stories from your favourite bloggers about how they chose to celebrate young dads.

Activity 1 of #52DaysofDad: Building a den